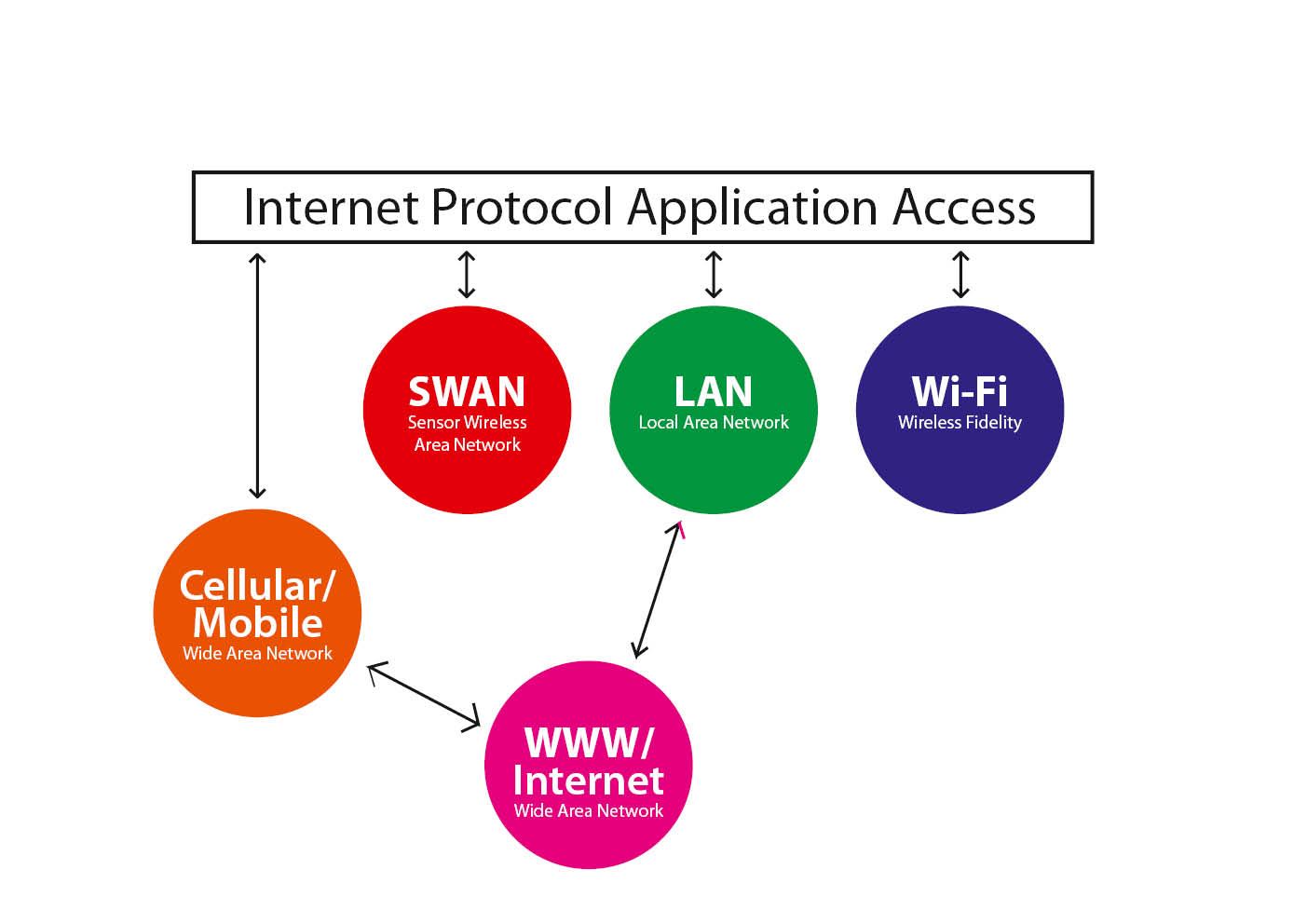 The Internet of Things is the technical vision to integrate objects of every kind into a universal, digital network. This is based on the idea, to be able to control everyday objects such as household appliances, consumer goods, electricity meters etc. directly via the network and let them communicate with each other (Machine-to-Machine-Communication/M2M). Small microchips built into the devices communicate with their environment via radio frequency and directly process the gathered information. The IoT is set up to support the user invisibly by the use of „smart devices“. 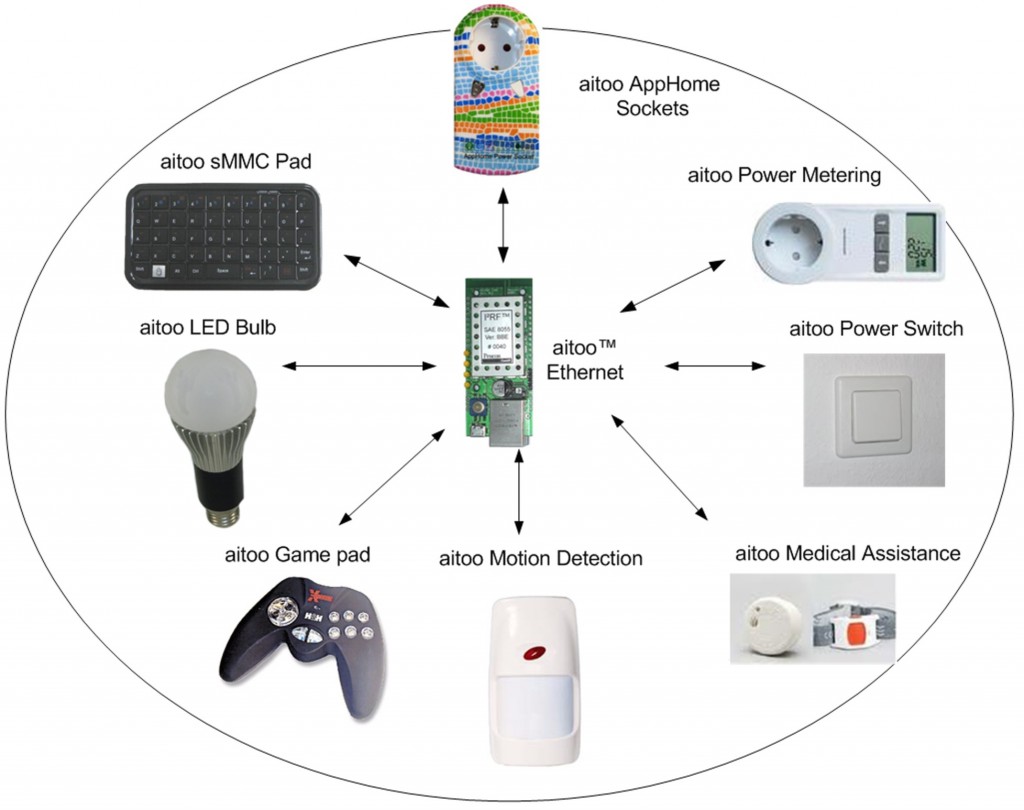 The SWAN Network is the realization of the IoT for the aitoo platform. Sensors, actuators as well as reactors, can be controlled from everywhere in the world. In the case of the aitoo AppHome Sockets this happens with the use of an Ethernet Gateway. The Gateway here has the function of a Bridge (Bridge of Sensors) between the (Wireless) Local Area Network/Wide Area Network and SWAN aitoo.

BOSS is a simple protocol stack between the UPnP protocol and aitoo. Using BOSS to convert UPnP into the aitoo standard, sensors and actuators can be integrated into an IP-network and controlled using the common UPnP protocol. Additionally, Easy Boss offers a proprietary command Set.